If you’re a business owner or someone who’s ventured in business before, then you probably know how tough it is to run a business especially when there’s a lot of competition in the market. Even though the barrier to entry has never been as low as it today, meaning anyone with a laptop or a mobile phone can start a business from his bedroom, most businesses never make it past the first year of launching for many reasons. In short, launching a business is one thing and making it work is something completely different.

What separates a successful business from the rest is timing and thinking differently than others, at least that’s what worked for Mario Nawfal and his businesses. It’s not often that you see successful entrepreneurs who made it in their 20s but that’s the case with Mario. He runs multiple successful businesses and continues to launch new ones every year, so what’s his secret?

Get to know Mario as he discusses his business journey, his thought process, and his approach to running his businesses. 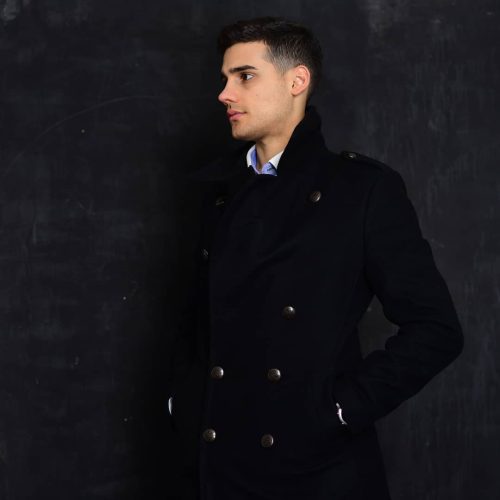 Life wasn’t all easy for Mario growing up. Despite being born and raised in Lebanon, his family migrated to Australia for better life opportunities when he was just a young boy. He continued his studies in university where he majored in banking and finance before eventually dropping out. “I realized I could do more with my life so I dropped out to start my own business”, Mario said.

“I started selling blenders door to door and this is how my first company Froothie was born. I ended up making over a million Dollars in the first year and 10 million Dollars in the second. I’ve launched different businesses ever since, and they went on to make 6-7 figures in a short period of time. Now the Athena Group of Companies is a conglomerate that operates in more than 40 countries and continues to grow every day.”

Most business owners take months and sometimes years to get their business up and running, but getting to one million dollars in the same year of launching is no walk in the park. “Obviously there was a lot of hard work put it into it, but it mostly comes down to timing”, explains Mario. “Timing is the most important factor for any business’s success. Bill Gross talked about this in his TEDTalk speech, I recommend you give it a listen.”

So how did timing play a role in Mario’s businesses? “I launched my consulting firm International Blockchain Consulting (IBC) at a time when Crypto was booming, and now I’m moving into the cannabis and psychedelics space. I also launched a healthy delights company called GuiltFree right when keto diets became a thing. I’ve done the same approach with different products like E-bikes and hoverboards and I started selling them when they got more popular.”

“When the timing is right, it makes it a lot easier to succeed because demand is there. It’s very similar to hopping on a trend just when it starts picking up.” 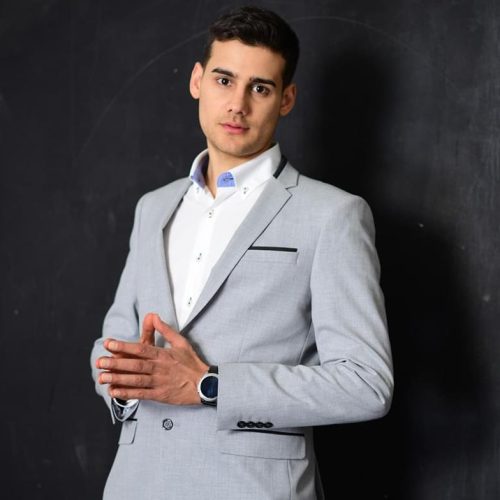 Even though business decisions are as good as timing them right, there are other factors that play a role in a business’s success. One of them is breaking the rules according to Mario. “Breaking the rules is doing things that other people aren’t willing to do, and it was actually a clever marketing strategy that made me millions. I would tell people in my Google ads not to buy from my competitors, and because no one used that approach back then, I was able make me so much money. It’s all about being creative and thinking outside the box. This is what my marketing agency wearegrowthhackers.com is all about, doing marketing differently and creatively.”

Getting to one million dollars is one of the biggest milestones a business can achieve, but so is sustaining this number and scaling towards even bigger numbers. So how did Mario scale Froothie after passing the million-dollar mark? “The key is to focus on what already works. It’s not as simple as it seems though, it’s very rare to find something that works consistently and profitably, but that’s what I did with Froothie and all my other companies. Obviously, there are others things that factor in like setting up a system and all the technical stuff that come with it, but what matters the most is to focus your efforts on the right thing and being consistent at it. I wouldn’t say that it becomes easier making the next million but the lessons you pick up along the way do help.”

People looking to start their own business get discouraged once they realize how saturated the market is. The question on their minds is whether they should start a business that’s never been done before or enter the
race and do what everyone else is doing. “When coming up with a business idea, don’t think about reinventing the wheel. You are more likely to fail going in the opposite direction of where the general masses are heading. I personally like to mitigate my risk by copying others, but I make sure I do it better. For that I’d have to be clever with my tactics and creative with my marketing. The perfect example would my marketing agency. It’s just like any other marketing agency but the difference is in the way we do our marketing, so I would say replicate what already works but there has to be something unique with what you’re offering to the market.

When asked which of his businesses stands out to him the most – “wearegrowthhackers.com is closest to my heart right now. It’s such a fun business and it has opened so many opportunities for me and my companies. Growth hacking is a way of doing marketing that stands out. It’s something I initially wanted to implement with my companies only, but then I decided to branch out and offer it as a service.

Many businesses were hit hard by COVID-19 but there are also businesses that thrived during that period. With that said, it’s not easy to stay on top of a global pandemic that threatened the economy of the whole world. “COVID-19 led to a big shift towards e-commerce and most of my businesses happen to be in that space, so I can’t really take much credit for that”, Mario said. “This year’s also been great for Crypto which recently hit all-time high, and this means my crypto consultancy company did great as well. I would say I was right place at the right time, but I’ve also capitalized on the whole situation. We doubled our efforts in e-commerce and saw a huge return.”

Social media played a huge role in portraying entrepreneurship as a lifestyle full of money, lavish cars and big houses, but what about the ugly side of entrepreneurship that social media doesn’t want you to see? According to Mario: “Entrepreneurship is tough and requires a lot of hard work, but most importantly it’s about overcoming obstacles through persistence, doubling down on what works, and having the right people and the right system in place. My lowest point in entrepreneurship was when I was scammed out of millions in one of the toughest times for my companies and for me on a personal level. I almost went bankrupt because of this but luckily I was able to get back on my feet. People ask me how I did it and my answer to that will always be: what other choice do I have? Anyone who’s going through a tough time should read a book called The Obstacle Is The Way.”

“For all the entrepreneurs chasing success, here’s one advice I can give them: Success is a puzzle but in my opinion timing is the most important piece.”

Apply and we will get call you for qualification.

[I will not share your information with any 3rd party.]

Powered by Convert Plus